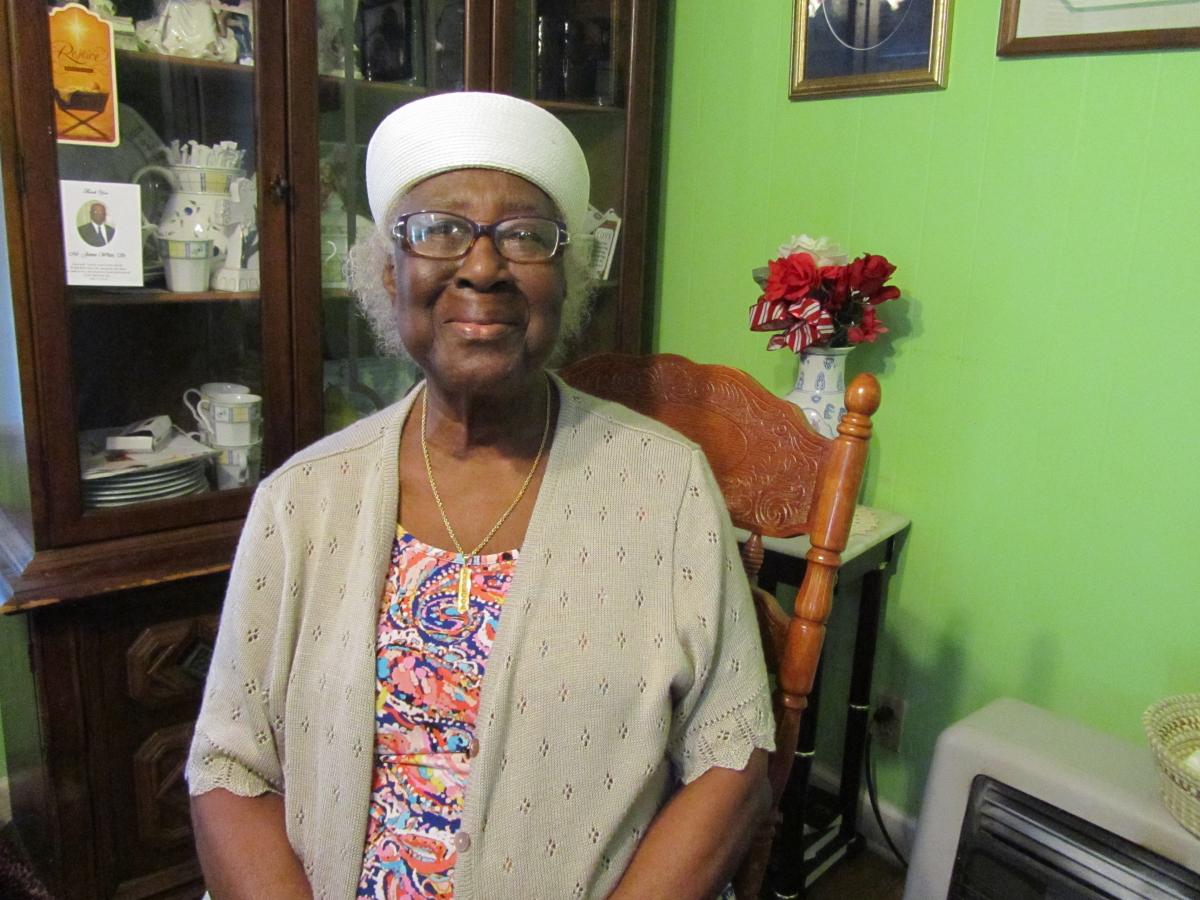 Can you imagine Mount Pleasant and Daniel Island as nothing but plantations and farmland? It’s hard to even imagine, let alone remember. East Cooper Meals on Wheels recipient, Rebecca Cummings was born in Charleston and raised in Mount Pleasant. She vividly remembers the way things used to be. At 92, her mind is just as sharp as it was in her prime.

Born in Charleston in 1925, she remembers when the Belle Hall shopping center in Mount Pleasant was nothing but collards and okra as far as the eye could see. Rebecca married in 1948 and in 1954 built the Mount Pleasant home she still lives in today. She and her husband Frank raised six wonderful children, two daughters and four sons. Rebecca also has 18 grandchildren and ten great-grandchildren. If you ever have the pleasure of visiting Rebecca, you can see the pride she has for her children beaming from her face as she talks about their lives and accomplishments.

Rebecca, like so many others, remembers what the area was like so many years ago and carry this history with them. Much of their history is hard to find. She is truly living history of the area. Times have certainly changed for this bustling area and Rebecca feels thankful to have been around to see the change. She recounts that the Wakendaw neighborhood in Mount Pleasant was once Woodlawn Plantation, 26 acres of pecan trees, housing 10,000 hogs. Rebecca also remembers when Daniel Island was called Dan’s Island. Dan’s Island then was nothing more than a hog farm, as she remembers. She and her family helped work the farm. Rebecca can remember the growth of the island, as the roads went from dirt, to oyster shells and eventually to paved roads. There was only one car on the island, a Model-T, everyone else navigated by horse and wagon. Without ever wearing shoes, she remembers the road being so hot that you had to hop across to reach the cool feeling of the grass on the other side. So much has changed since then, but the history lives on through Rebecca and many others like her.

While Rebecca has a rich history to tell, her family also has a deep connection to Charleston. Rebecca’s older brother is none other than Philip Simmons, the famous iron worker responsible for many of the beautiful gates you see in downtown Charleston. His work can even be seen in the Smithsonian. Rebecca explained that she and Philip were half siblings, “but we were always together,” said Rebecca. There has been much written and celebrated about Philip and his talent. Rebecca remembers that he was “born with that talent.” His uncle taught him and he immediately picked it up. Philip lived on Daniel Island, as did Rebecca starting at the age of 11 or 12. She can remember Philip taking the ferry from the farm on Daniel Island to go to school downtown. When Philip passed, Rebecca was invited to say a few words at his funeral. “They gave us a plaque. I still got the plaque,” said Rebecca. When entering Rebecca’s home, one of the first things you will see is the program from Philip’s funeral framed and hung next to photos of her children and grandchildren. Rebecca beams with pride when she speaks of her brother and everything he accomplished in his lifetime.

Roughly three years ago Rebecca’s husband, Fred, suffered from dementia. “That’s how I got Meals on Wheels for him,” said Rebecca. Fred has since passed away and Rebecca now lives alone. But, she’s never truly alone. She feels blessed to regularly have her son or grandchildren visit her.

Rebecca has been an East Cooper Meals on Wheels recipient for the past 16 years and has enjoyed every year, but recently, she has had a tough time with pain in her legs and has missed out on greeting some of the volunteers. “I can’t do too much walking. The pain comes from my spine and I’m too old to have surgery,” explained Rebecca. Before Rebecca’s pain became too bad, she enjoyed visiting local nursing homes, hospitals, and church members. She would say a prayer for them and do whatever she could to make their lives a little easier. “That was a blessing to me, to see how you can help older people,” said Rebecca.

Rebecca understands the mission of East Cooper Meals on Wheels because she has lived that mission.

She was there to help those who had trouble caring for themselves, whether that was for a short or long period of time.